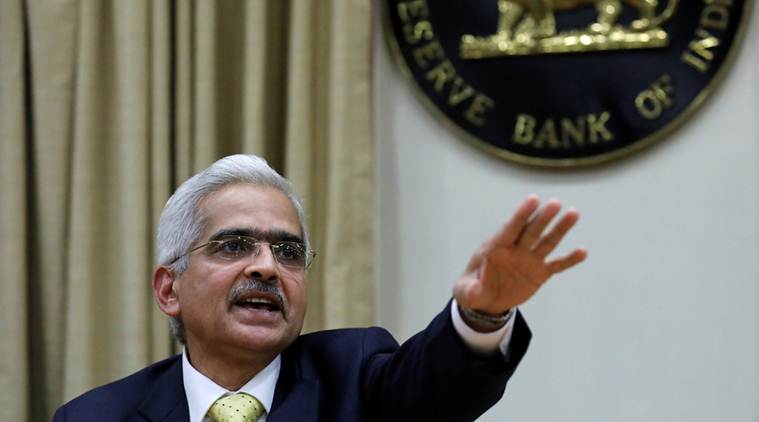 Original article by Per Bylund on the Mises Wire

A common retort to the claim that in voluntary exchange both parties expect to become better off (or they wouldn’t do it) is that exchanges are seldom, if ever, a matter of horizontal, equal exchange of values. Instead, any such interaction between people is ultimately a matter of their exercising power over one another. The implication, and often explicitly stated conclusion, is that there is no voluntariness, that exploitation is always present, that one party necessarily gains at the other’s expense.

This rather dismal view of man makes clear that people apparently are slaves to power, their own hunger for it as well as others’ wielding of it. We are forever at each other’s throats in some kind of hyper-Hobbesian fashion:

Although power is always involved, barter trade, in which goods are traded for other goods, sees significantly less of it. Here, the exchange of, for example, fish for bread reduces our ability to rely on power, and we are thus forced, as it were, to accept a somewhat equal trade. But the introduction of money exacerbates the problem by having a seemingly mysterious magnifying impact on the underlying power structures.

In a recent Twitter exchange, the tweeter summarized the issue with admirable (and rare) clarity: “a dollar is a unit of entitlement, an authorization to obtain resources, goods, and services.” In other words, the person with the dollar does not simply have something to use in exchange with others. Money is a means to command others to give up their goods, the ultimate expression of power. Money releases our savage lust for power and innate desire to cause harm to one another.

Consequently, markets unleash the barbarian within us and worse: they provide a framework that rewards greed by providing numerous goods and values, all expressed in money, to be used in our quest to subdue others. The only way to stop this destructive process from running amuck is to establish a social institution to keep these forces at bay, to leash the beast. In other words, it requires a state strong enough to counterbalance the detrimental impact of markets and also to suppress and control our basic destructive desires.

Or so the reasoning goes. But let’s unpack this all-too-common view, because it doesn’t make much sense even on its own terms.

Those claiming the power of money hesitate to define this mysterious institution. The resulting lack of clarity explains some of the confusion. A money is simply a medium of exchange, something that is generally accepted—universally employed—in trade.

Money helps facilitate exchange throughout the economy by releasing actors of the necessity of finding exchange partners who want exactly what they are offering in trade and have exactly what they want to acquire. In other words, where there is money we can engage in indirect exchange: instead of being limited to situations of coincidence of wants for trade, person A can sell what they produce to person B for money and then use that money to pay person C for what they sell.

Simply put, money earned represents one’s value contribution to the economy and, since money is a generally accepted medium, it has purchasing power roughly representing that value. We produce in order to consume, and our production facilitates our consumption by earning us purchasing power—which is generally usable through the institution of money.

So where do power and command enter this picture? They do not, because there is no requirement that a potential seller accept money in exchange for what they are selling. And there certainly is no magic power in money to buy what is offered for sale regardless the amount of money offered.

The seller typically has a reservation price below which they will not sell. Unless the potential buyer offers a sufficiently high amount, the seller will not accept and there will be no trade. And the seller will accept money in exchange for the good simply because it is money, and so can be used in terms of its purchasing power. Similarly, the buyer would not part with his money unless he considered the good more valuable to him than the purchasing power of the money given up.

Consequently, the voluntariness of exchange remains a fact. Both parties can veto the exchange, meaning that it will take place only if both parties consider it worth it. Assuming no fraud and that what is offered in exchange is legitimately theirs, we have no reason to question the ethics of this situation.

This holds true virtually regardless of the nature of money, since it is traded (and traded for) given its estimated purchasing power. It doesn’t matter if the money exchanged is a gold coin, a fully backed bill of exchange, or a fiat currency like the dollar. However, those believing money is power should recognize the fact that an economy that relies on a commodity money is practically still a barter economy, but with the difference that actors released from the burden of coincidence of wants. They should thus be comparatively in favor of an economy with, say, a gold standard, since it leaves less room for the exercise of power than one with a fiat money regime.

When and How Power Enters

Where money is a commodity, regardless of which particular commodity, it is simply a good like any other except that it is also used in indirect exchange. This does not in itself imply that this money provides the holder with power. Nobody, or at least very few, would claim that bread in a bread commodity-money economy is a source of power over people that other types of food (or any other types of goods) are not. It is still just bread, the difference being only that people would accept bread as payment even if they do not actually want bread—because they expect that they can use the bread as payment when trading with others.

The bread itself is still useful. Even if we do not particularly care for it, whether temporarily or at all, we can see that it is a good with specific uses. The same is true with any commodity money, even though precious metals likely have fewer specific uses to us personally than bread does.

Fiat money changes the situation somewhat, but not regarding the actual use and nature of money in exchanges. Money is still used and accepted for its (expected) purchasing power. However, it is not a good that we can use for anything other than as money. So, in a sense, we’re stuck with it as money only, whereas bread can be eaten, gold can be used in jewelry, and bills of exchange are direct claims on such goods.

The holder of cash in a fiat money regime is thus subject to the monetary policymakers. Should the latter choose to double the money supply, which would severely undermine the currency unit’s purchasing power, it would affect the money in your pocket, mattress, or bank account. You are made the victim of another’s decision, which is certainly a form of power. But this is the very opposite of what is claimed by those insisting that money is power. To them, to hold money is to have power. Yet in this example whoever holds money is powerless against any changes in monetary policy.

What about money as the power to command? As we saw above, there is no such thing in a barter economy. But fiat money may be different, and in our day and age typically is. This is due to legal tender laws. As is printed on every federal reserve note, “This note is legal tender for all debts, public and private.” In other words, if someone is indebted to you, you are legally required to accept payment in dollars. So whoever has borrowed can, due to the powers of the state, require that the lender accept dollars in repayment.

Although this does not mean that you can, as a holder of dollar bills, command anyone to sell to you, other laws introduce such power. For instance, Michigan’s Scanner Law requires stores not only to display prices for all goods offered for sale, but to accept the displayed price in dollars. This means the customer has the (legally granted) power to command the store to sell an item for the price displayed even if it was a mistaken one.

Consequently, we cannot fully dismiss the view that “money is power.” However, this power is not due to money being money, as is often and widely believed. Money is not mysteriously powerful. But there are situations in which money constitutes power. This is the case under fiat money regimes and legal tender laws, and other laws that may be in force to change the power dynamics. Whereas money is involved in all of these examples, the common source of such powers is not the money itself. The source is the state.