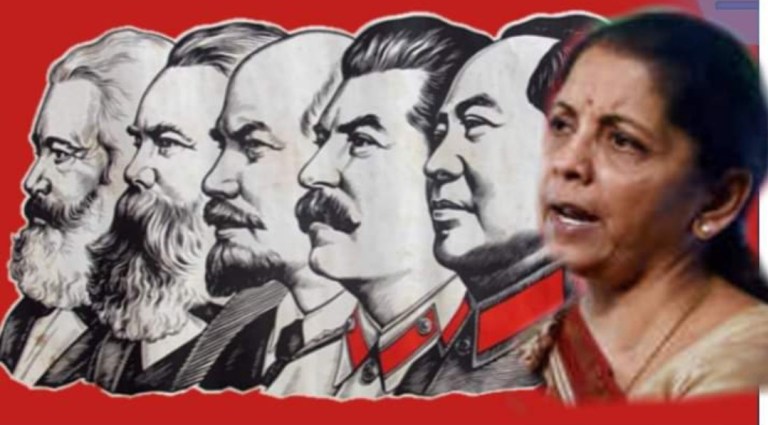 With the advent of Modinomics, there is a considerable decline in the process of intellectualisation in the economic sphere. It may be a new norm of new India. The production of arguments, generally led by a coterie of statists, is usually drenched with the hopeless spirit of incoherent reasoning, confirmation bias and straw man fallacies. Murray Rothbard has a quote for these imbeciles, “It is no crime to be ignorant of economics, which is, after all, a specialized discipline and one that most people consider to be a ‘dismal science.’ But it is totally irresponsible to have a loud and vociferous opinion on economic subjects while remaining in this state of ignorance.”

I do not contrite to use the term ‘imbeciles’ for this privileged tribe, who happen to confuse their own ‘feelings with thinking’, ‘economics with sociology’ and ‘statistics with history’, and nevertheless ‘sanatana dharma’ with ‘sanatana marxism’. This tribe is into the vocation of policy making, cow vigilantism, trolling, chanting, cacophonous journalism, and nonetheless politics. One may spot them individually but one can verily identify their nescience, in public sphere. They were ‘coherently’ critical in their analysis of socialism, marxism, hinduphobia, leftism, liberalism, nehruvianism, fabian economics and ‘license raj’ epoch, but the cards got painted in the same colour that they used to condemn it once. This is to say that, saffron is the new red.

Some even dare to proffer credit to Modinomics for doing something ‘new’, but little do they know that their socialistic ‘grandmaster’ simply renamed the title of public policies (19, out of 22) after coming to power in 2014. The theme of UPA govt. or the Congress govt. always leaned towards the left spectrum. What India is witnessing today is political right-ism and economical left-ism at the same time, which is a perilous combination than carbon monoxide. This tribe, loving saffron colour, are nothing but cowmunists (not communists), who are simply and obediently OK with their grandmaster’s take on orwellian ‘Aadhar’ card, increasing taxation, ‘nationalization’ of cash holdings (aka demonetisation), general slavery tax (GST), taxes on profits (success) and cashback, beef ban (India being the 2nd largest exporter of beef, even today), illegalization of cryptocurrencies and the symmetrical regulation of right-to-information.

But, bloggers like Arun Jaitley, and Piyush Goyal, and the most hon’ble cowmunist Nirmala Sitharaman seems to keep Indian economy upside-down. If Chanakya were alive today, he would die from brain hemorrhage by looking at the art of tax collection, GDP calculation and bailout structures.

The era of vedic India (Bhaarat) actually civilized the economic societies within India. It was mainly due to the then existence of ‘janpada’ system (decentralization of power and economic activities), which caused prosperity and collective growth. The year 2014 was assumed as 1947 part-II, begetting independence to India again, but the travesty of Modinomical civilization is poorly reflected on India’s ranking on the indexes of capital formation, job creation, obtaining construction permit, speedy trials, property rights, black wealth creation, start ups, etc.

Prof. Jaimine Vaishnav is an anarcho-capitalist based in Mumbai, India. His hobbies are about defending the liberties of all his dissents without charging any fee at the cost of nobody.