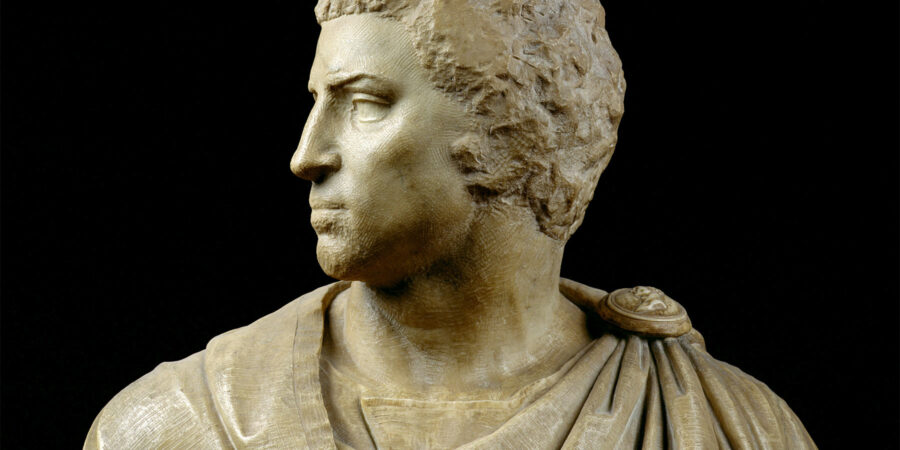 By Maurus Adam on Mises.org

Today marks the anniversary of a fateful day in the history of the Western world. On March 15, 44 BC, a group of Roman senators assassinated Gaius Julius Caesar. Caesar, dictator for lifetime, was seen by these senators, many of whom were personally indebted to him, as a tyrant and a threat to Roman liberty. His death was supposed to restore the republic. It is well known that the assassination of Caesar succeeded, but the republic fell into a civil war and ultimately became a monarchy.

The revolting senators thought the public to be on their side in the battle against tyranny, but the public turned against them, driving them out of the city. For a long time, these men were considered traitors. The quest for liberty may be a horrible struggle where its proponents face defeat and defamation for centuries, not knowing their reputation may be restored only long after their death. Nothing illustrates this better than the fate of the driving force behind the revolt against Caesar: Marcus Iunius Brutus. It was Brutus, the classic republican, who argued against the assassination of Marcus Antonius (Mark Antony), Caesar’s general. While the others viewed Antonius as a threat, to Brutus only Caesar was the tyrant and only his death was just. Yet Brutus was condemned based on the senate-backed lex pedia, persecuted, and ultimately committed suicide after losing the Battle of Philippi against Octavian and Antonius.

The fall of the republic shows that a people can lose its liberty by voluntarily submitting themselves to tyranny. It does not need a coup d’etat to suppress freedom. The question has recently been asked in an article by Ethan Yang for the American Institute of Economic Research: do we still have the will to continue as a free society? The citizens of the Western world have submitted themselves under the yoke of the lockdowns. The need for the feeling of security has certainly caused a great many citizens to abandon the idea of liberty. The ostracism of people presenting alternative views like Dr. Sunetra Gupta is the equivalent to the Roman proscription against Caesar’s assassins.

For centuries, Brutus was considered a traitor, on the same level as Judas—Dante placed the two in the inner circle of hell in his Divine Comedy. But when people rediscovered their striving for liberty, Brutus was elevated from hell. Michelangelo’s bust, depicting Brutus with proud posture and a decisive gaze, clearly expresses the republican resentment of tyranny. Scholars argue about Brutus role in Shakespeare’s Tragedy of Julius Caesar, but it is clear that he is not the scumbag traitor he has been before, and his portrayal is likely in opposition to Elisabethan absolutism. The example of Brutus shows that not abandoning the principle of liberty, despite facing present setbacks, might ultimately prove to keep the idea of liberty alive.

But there is something else Brutus shows us: that liberty is a value. It is not simply something that comes with some poorly defined “progress”, and nothing that, as unfortunately so many of us do today, can be taken for granted. We cannot assume it to simply return when the pandemic is over, because ultimately, the decision when it is over rests on us. The importance of liberty as a value means that it is something that motivates action. We have taken it for granted, we have placed many values before liberty, hence we are losing liberty. In a time where the republic was on the verge of falling to a despot, where the people have lost the value of liberty, Brutus had to abandon his ideals of pietas and amicitias for libertas and still lost the battle. But if we can revive the ideal of liberty in our fellow humans again, if we can encourage action based on this value and the revocation of consent to the modern despotism, no Brutus needs to make a sacrifice which is appreciated only after centuries.

I value liberty. I believe it is the task of those who do so to propagate liberty, and to keep in mind that, even if we might fail in the present, we might succeed later. This is why, in times where political statements can lead to ostracism and where the government tramples on our liberty, I keep a picture of Brutus at my desk.