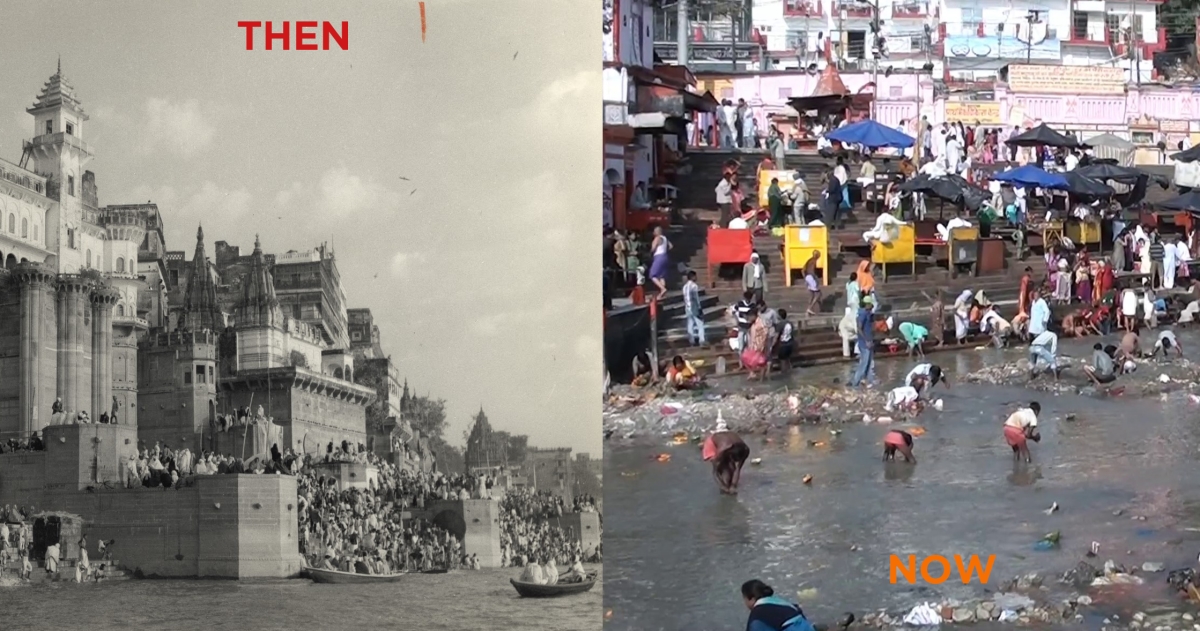 By Jörg Guido Hülsmann on Mises.org

For a video of a lecture on the same topic, click here.

It may seem unusual that an economist would talk about culture. Usually, we talk about prices and production, quantities produced, employment, the structure of production, scarce resources, and entrepreneurship.

But there are certain things that economists can say about the culture, and more precisely, that economists can say about the transformation of the culture. So what is culture? Well, to put it simply, it is the way we do things. This can include the way we eat — whether or not we dine with family members on a regular basis, for example — how we sleep, and how we use automobiles or other modes of transportation. And of course, the way we produce, consume, or accumulate capital are important aspects of the culture as well.

Limiting Budget Is the Key to Limiting Governments

Now to understand the effects of fiat money on the culture, we must first look at the relationship between financial systems and the nature of government.

A number of economists have observed that fiat money is a prerequisite for tyrannical government, and the idea that monetary interventionism paves the way for tyrannical government is very old and goes back to Nicolas Oresme in the fourteenth century. It has not been emphasized in the twentieth century, but Ludwig von Mises is among the few who has stressed the importance of this relationship.

Mises said that when it comes to limiting government power, it is essential that the government is financially dependent on the citizens, and this addresses the fundamental political problem of controlling the people in office once they are there. We know that generally, once they are in office, elected politicians turn around and do very different things than they said they would do, with many acting contrary to the common good and interests of their constituents.

So how do we ensure that the people in power can be controlled?

Mises tells us the way we control government is through the budget, and this is necessary in a free society. In a democratic system, at least, we elect certain people to the government, and they often enter office believing that they have a mandate to do certain types of things while in office.

But it’s not sufficient that the people tell government officials what they should be doing. It is equally important, if not more important, to dictate how much money the government will have to achieve those ends. So, it is not enough to tell the government that it will only protect private property. This mandate could be pursued with $100,000 or a billion dollars depending on what the people are willing to pay. So if the budget it not controlled, a limited mandate in itself offers no limitation on taxation or how much money is spent.

Mises believed that those who paid the taxes would then need to specifically limit the size of the government budget. The mission of the government does not by itself deter- mine the amount of resources to be used in the mission.

In response, many will complain that if budgets are tightly controlled, then we’ll never have an increase in government services because people hate taxes. That might be so, but, of course, that is the point.

Now, if we abandon a strict connection between what the citizens pay and what government spends, then we find that we move away from rule by the citizens who are being taxed, and toward greater rule by the elites.

The first way this shift can happen is by the government going into debt. The financial relationships then shift toward the new group that is funding the government, namely those who are extending credit to the government. This then weakens the relationship to the citizens who are being taxed, and it also allows the government to spend more money than would have been possible with taxation alone.

Now of course fiat money allows government to take out loans to an unlimited extent because fiat money by definition can be produced without limitation, without commercial limitation or technological limitation, and can be produced in whatever amount is desired. In this way, the government benefits from the support of a central bank, which is to be expected because the central bank itself depends on the legal framework of monopoly provided by the government.

Through these means of finding government revenues outside of directly taxing the population, we see then that fiat money allows for an extension of government activities unconnected to the willingness of the population to actually support revenue increases. In turn, the government’s rule becomes rule by elites such as central bankers and financiers rather than rule by the taxpayers, and the government’s ability to spend becomes more dependent on the ability to access fiat money than the ability to convince the citizens to accept a higher tax burden.

The Cultural Features of a Debt Economy

Now we come to the many ways through which a fiat money system affects the behavior of ordinary citizens.

One of the central features of a fiat money system is that it tends to produce near-permanent price inflation. This contrasts with the workings of an economy based on natural monies such as gold and silver. Here the price levels tend to stay flat over the long run or decline, especially in the presence of vigorous economic growth. We saw this throughout the nineteenth century in both Europe and the US, where deflationary growth has been the rule.

The reality of price inflation shapes culture in a variety of ways and much of this is deliberate, as it has long been an idea among government planners and ideologues of all sorts, even before Keynes, that ordinary people should be prevented from “hoarding” money at their homes.

In a free economy with a natural monetary system, there is a strong incentive to save money in the form of cash held under one’s immediate control. Investments in savings accounts or other relatively safe investments also play a certain role, but cash hoarding is paramount, especially among low-income families.

By contrast, when there is constant price inflation, as in a fiat-money system, cash hoarding becomes suicidal. Other financial strategies now become more advisable. It becomes advisable to exchange one’s cash for “financial products,” thus offsetting the loss of purchasing power of money through the return on that financial investment. It also becomes advisable to go into debt and leverage one’s investments. In a word, it becomes rational to pursue riskier investments in order to find a rate of return that can match or exceed the rate of price inflation. This is true across all sectors, including households and productive operations.

But in a fiat money system, as price inflation diminishes the value of one’s monetary savings, we are encouraged to adopt a short-term perspective. That is, we need to hurry up to obtain credit as soon as possible and obtain revenue from that debt as soon as possible, because savings lose value if we just hold on to cash.

It no longer makes sense to save up money for a decade to buy a house, for example. It is much more opportune to go into debt to buy a house immediately and to pay back the loan in devalued money. There is then a generalized rush into leverage in a fiat money system since debt- financed investment brings greater returns than savings in cash or equity-financed investments.

It needs to be stressed that this tendency has no natural stopping point. In other words, fiat-money systems tend to make people insatiable in their quest for ever higher monetary returns on their investments. In a natural monetary system, as savings increase, the return on investments of all sorts diminishes. It becomes ever less interesting to invest one’s savings in order to earn a return, and thus other motivations shift into the foreground. Savings will be used increasingly to finance personal projects including the acquisition of durable consumers’ goods, but also philanthropic activity. This is exactly what we saw in the West during the nineteenth century.

By contrast, in a fiat money society, you are more likely to increase your returns by remaining in debt and continuing to chase monetary revenue indefinitely by leveraging more and more funds.

You can imagine, then, how this inflation and debt- based system, over time, will begin to change the culture of a society and its behavior.

We become more materialistic than under a natural monetary system. We can’t just sit on our savings anymore, and we have to watch our investments constantly, and think about revenue constantly, because if it is not earning enough, we are actively getting poorer.

The fact that the fiat money system pushes us into riskier investments also increases dependency on others because one must depend on the good behavior of those on whom the value of our investments depend.

Similarly, the stronger the level of debt the stronger is the selfish concern about the behavior of others who may owe us money. So fiat money creates an attempt to control others through the political system.

But at the same time, no household and no firm individually has an interest in abolishing the fiat system and putting in its place a natural monetary system. The short-term costs of such a transition would be immense. In this, we see that we are in a “rationality trap” in which one is motivated to maintain the fiat money system in spite of all its downsides, and because the culture at this point is so transformed by more than a century of easy access to fiat money.

We can apply economic analysis to explain cultural transformation, and a particularly important example is fiat money. It has a very important impact on our culture. This is something we would not see unless we step back and take a longer-term historical perspective. Of course, there are many other factors that come into play, but fiat money is an important factor, and the system is perpetuated by the fact that everyone stands to lose in the short run if the current system ceases to function. Moreover, given how our modern culture has been so shaped by fiat money systems, it runs against the very cultural foundations of our current society. In spite of the many short-term costs, we should nonetheless dare to change this system, and it is ultimately a question of courage, and insight, and of the will.