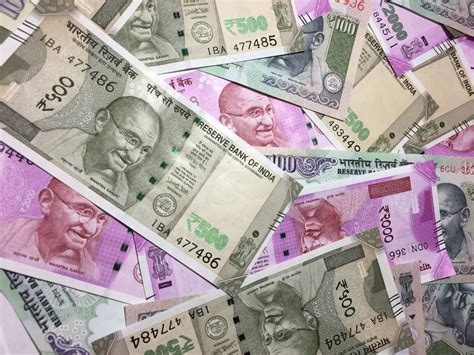 By Arkadiusz Sieroń on the Mises Wire

According to some columnists, modern monetary theory (MMT) is the most powerful economic alternative to neoliberal orthodoxy. Is this really the case?

The key idea of ​​MMT is that the government that controls the issuance of its currency cannot go bankrupt because it can always issue money to pay off its creditors. If so, then the government should not shy away from increasing the necessary expenditures. The government of a sovereign state can afford any expense — due to the currency monopoly, it cannot run out of money.

In a sense, the above description is true. The state actually has a monopoly on bank notes, so it cannot be insolvent like private individuals. That is why we hear about hyperinflation from time to time — the latest example is Venezuela, which not only exercised its monetary sovereignty, but did so on a grand scale.

The main thesis of MMT is therefore not a revolution. Neoliberal orthodoxy, whatever it may be, acknowledges not only that the state can increase the money supply, but also its costs. This cost is, of course, inflation. And in order to minimize it, the current institutional order has been designed, in which governments cannot directly monetize their deficits (although they do this indirectly). This is not a discovery of the wheel — you can read about it in any economics textbook.

Inflation costs mean that — contrary to the popular myth professed by MMT — governments that issue and repay debt in their own currency also go bankrupt. According to the article “Sovereign defaults by currency denomination” published in the Journal of International Money and Finance in 2016 (vol. 60, February, pp. 197–222), defaults on local and foreign currency bonds are equally frequent — only its determinants change. The authors state that in 1996–2012, governments stopped honoring their foreign currency bonds 27 times, and their domestic currency bonds 31 times (the most-known contemporary examples are Russia in 1998, Turkey in 1999 and Argentina in 2001), which empirically falsifies MMT.

As the Fitch agency explains, governments sometimes decide not to inflate away its debt, as inflation is economically and politically costly. This cost can be so high that some countries decide on full dollarization, renouncing — oh, no! — their monetary sovereignty.

It is also worth realizing that the government’s largest creditors are commercial banks. If the government stopped paying its debts, it would have a negative effect on banks and their credit action, which would ricochet throughout all the economy.

As a description of a sovereign’s capacity to print money, MMT is not new. The MMT theory is, however, an erroneous description of reality, because it is too abstract from the current institutional conditions. In developed economies, commercial and central banks — not governments — create money. Although banks are certainly not fully independent from the governments, we can assume that their desire to inflate away the sovereign debts is somewhat weaker than in the case of the Treasury (the question of the relationship between the central bank and the government, especially in the context of unconventional monetary policies, is a topic for a separate article). So governments cannot in practice arbitrarily increase the money supply to finance all possible expenses, at least not without altering the current institutional constraints which exist in developed countries.

It is true that MMT recognizes the risk of inflation, but it assumes that the inflation genie can only get out of the bottle when the economy reaches full employment. But even then we should not worry, because in this case the government can easily reduce inflation by increasing taxes. Here come a few questions. First, when will it be known that the economy has achieved unobservable potential output and it is time to increase taxes? Second, why would an increase in taxes, which is transfer of money from the private to the public sector, halt inflation with the money supply unchanged? Third, what about asset price inflation and exchange rate depreciation? What about all the controversies about the Philips curve? And last but not least: why should we believe that government with unlimited monetary sovereignty will stop printing money and politely increase unpopular taxes as soon as the inflation rate exceeds an arbitrarily determined value?

Finally, I would like to point out another worrying shortcoming of MMT: it seems to mistakenly identify money with capital. It is true that the state has potentially extraordinary power to print money, but money is not real capital. Banknotes or electronic records are not real wealth — they are means of exchange, as Hume or Smith have already pointed out. Only the quantity of goods and services that we can afford is important. The government can pump any amount of money into the economy — but it cannot remove the fundamental scarcity of resources and magically create new goods. Supporters of MMT complain about the scarcity of goods — but this does not stem from class interests. It is a fundamental problem of economics and its raison d’etre. The increase in money supply does not solve this problem. Inflation and the accompanying Cantillon effect ultimately only redistribute resources from one group of people to another.

The claim that MMT is the strongest alternative to the mainstream is therefore wishful thinking. An economic analysis shows that MMT is a combination of old obviousness (observation that the state has potential to increase the money supply) and new concepts (resulting implications for macroeconomics and economic policy). The problem is that, as Thomas Palley, a Post-Keynesian economist, puts it, “is a mix of old and new, the old is correct and well understood, while the new is substantially wrong.” It says a lot that even prominent Post-Keynesians — people far from neoliberal orthodoxy and the desire to reduce state interventionism — do not see any value added in MMT.