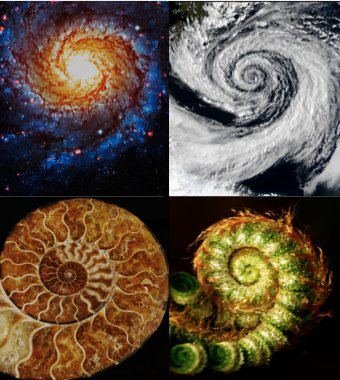 ILR Comment : This is what the great Indian civilization did on sound money. We cannot recommend the following lecture enough:

Today, the World celebrates Fibonacci day. “Fibonacci sequence is nature’s code. It is in everything from flowers to storm systems to the shape of galaxies”- they said, crediting Mr. Fibonacci for this “discovery”. Yet, they failed to acknowledge their very source.

As a student, I was quite fascinated by the Fibonacci treatise. Specifically, I was working on its closed form expression and its relation to Golden Ratio.

I brought a copy of Fibonacci’s book “Liber Abaci” to see how the master himself derived it.

His introduction SHOCKED me.

In the introduction to his book, Fibonacci (c. 13th century CE) makes the following revelations :

1) “I am the son of an official working in Bugia, Algeria”.

2) There was a colony of Indian Merchants in that city.

3) “It was there that I was introduced to Indian Mathematics”.

” I loved Indian Mathematics to such an extent above all others that I completely devoted myself to it”.

“I was also introduced to Greek, Arabic & Egyptian Math” .

“But I found ALL of them, EVEN Pythagoras, to be erroneous compared to Indian Mathematics”.

“For this reason, basing my book COMPLETELY on Indian methods and applying myself with greatest attention to it, but not without adding something of my own thought, I forced myself to compose this book.

I demonstrated everything with proof”.

“In my book, I have published the doctrine of Mathematics completely according to the Method of Indians.

I have COMPLETELY adopted the (Mathematical) Method of Indians because it is the MOST effective”.

Thus, in his book, Fibonacci does NOT refer to Fibonacci Series as “Fibonacci Series” Rather, he simply calls it “Indian Series”. Unlike many other Europeans, Fibonacci was NOT a plagiarist. He clearly mentioned his source and acknowledged his credit to ancient Indians.

Fibonacci’s introduction makes it clear that he considered himself “Indian Mathematician” insomuch as he adhered to Indian Mathematical Methodology and contributed to it.

The real name of the so called “Fibonacci Series” is “Indian Series”.

This comes from the horse’s mouth !

I was very shocked reading Fibonacci’s introduction. Why are these facts kept concealed?

A more important question. Why should it be called ‘Fibonacci series’ when Fibonacci himself does not claim to have discovered it and simply acknowledges Indian Mathematics as his source?

The precepts of Pythagoras and Euclid were forgotten in early middle ages and revived only later.

Yet, the credit always goes to Pythagoras and Euclid. Never to the later day Mathematicians who revived their works. Why is Pingala never extended the same courtesy?

Fibonacci was NOT a European Mathematician, except by flesh and blood.

He explicitly rejected the European methodology of Mathematics. He denounced even the path of Pythagoras as “erroneous”.

He followed footsteps of exemplary Vaidika Mathematicians like Pingala and Virahanka.

Fibonacci does not describe his book as “European Mathematics”.

He explicitly describes his book as ” treatise on Indian Mathematical methods”.

As such, it is hard to even consider him a “European Mathematician”. He followed the footsteps of Vaidika Sanskritic Mathematicians.

I am reluctant to use a word like ‘Eurocentrist’. I do not want to judge a whole civilization. But in this case atleast, I do believe such a factor is at play. Voluntarily or involuntarily, ancient Indian mathematicians do not get the international recognition they truly deserve.

Reference and the source of screenshots I have used in the thread: