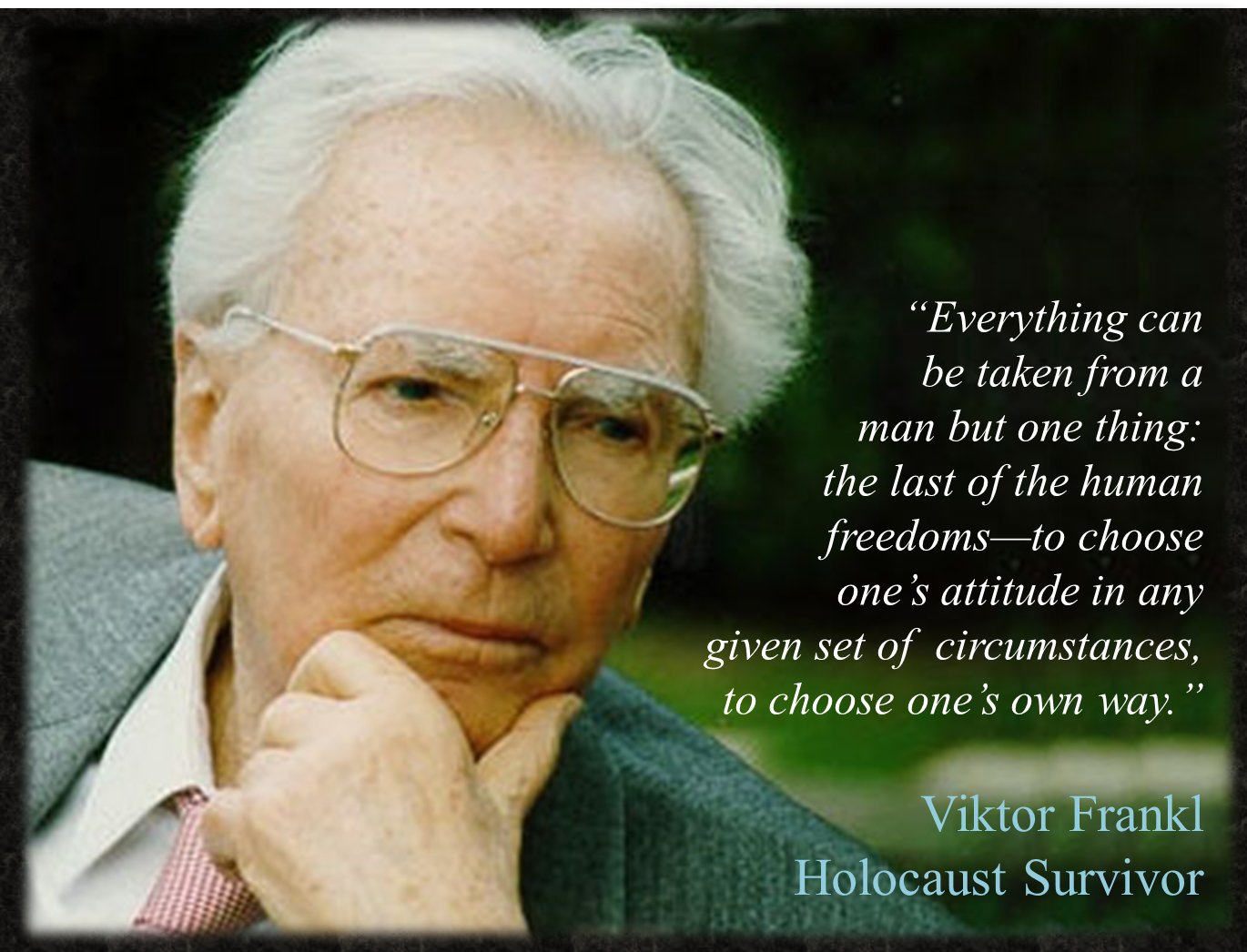 Man’s Search for Meaning is one of the most powerful arguments for human dignity of the 20th Century. The author is Viktor Frankl, an Austrian psychiatrist and a Jew, who spent about three years in concentration camps, including Auschwitz. His father, mother, brother and his pregnant wife all perished in the camps.

Frankl was astonishingly productive and soon after he was released in April 1945, he was back at work. The next year he wrote his memoir of Auschwitz. In German the title of the first edition was Trotzdem Ja Zum Leben Sagen: Ein Psychologe erlebt das Konzentrationslager, which translates roughly as “In spite of everything, say Yes to life: a psychologist’s experience of the concentration camp”. Later he added a section reflecting on his experiences and sketching what became the third school of Viennese psychology, logotherapy.

Man’s Search for Meaning was an immediate best-seller which made the author famous around the world. By the time of his death in 1997, it had sold more than 10 million copies.

It’s astonishingly contemporary, for more than any other book I’ve read, it speaks to the anxieties of a society in which suffering has no meaning and euthanasia seems like a plausible solution to life’s pain.

The horror of the Holocaust has been chronicled in thousands of books. Frankl’s brief reminiscences are different. They are not lurid stories of sadism, despair and death. Rather, he asks himself: how did we survive? Only one in 28 did. It was not uncommon to see prisoners give up. They no longer desired to live and in a few days, death carried them off.

This was a question which had been with him from the beginning of his professional life. In 1930, as a young doctor he organized a special counseling program for young people. In 1931, for the first time in years, there were no youth suicides in Vienna. For several years he also ran a clinic for women battling suicidal thoughts.

At Auschwitz suicide was a temptation, but relatively few “ran into the wire”. When someone began to speak about suicide, the other prisoners tried to talk them out of it. Frankl saw what kind of arguments brought the desire to live back. He found that when people believed that they were irreplaceable, they felt a responsibility to persevere. “A man who becomes conscious of the responsibility he bears toward a human being who affectionately waits for him, or to an unfinished work, will never be able to throw away his life. He knows the ‘why’ for his existence, and will be able to bear almost any ‘how’.”

In one remarkable vignette, Frankl recalled the misery of one night in the barracks when 2,500 men were starved for a day after a prisoner stole a few potatoes. As they lay in the dark, the warden of the block asked Frankl to explain why they should keep on living. It was an impossible request, but he rose to the occasion. First he quoted Nietsche: “That which does not kill me, makes me stronger”. The dreadful experiences of the camp would make them strong and resolute. He looked then to the future: it was possible that they could survive. And then to the past, citing a German poet, “What you have experienced, no power on earth can take from you”.

And finally, he argued that they could give their lives a meaning. Even if their struggle was hopeless, it still had dignity. “I said that someone looks down on each of us in difficult hours—a friend, a wife, somebody alive or dead, or a God—and he would not expect us to disappoint him. He would hope to find us suffering proudly—not miserably—knowing how to die. “ He continued:

“Our sacrifice did have a meaning. Those of us who had any religious faith, I said frankly, could understand without difficulty. I told them of a comrade who on his arrival in camp had tried to make a pact with Heaven that his suffering and death should save the human being he loved from a painful end. For this man, suffering and death were meaningful; his was a sacrifice of the deepest significance. He did not want to die for nothing. None of us wanted that.”

When the lights went on again, his fellow prisoners stumbled toward him to thank him for giving them the strength to go on.

Frankl was a devout Jew, but his theory, which he called logotherapy, was not meant just for believers. Its cornerstone was the observation that the strongest impulse in human life is not food, or sex, or money, but the search for meaning. With meaning, we can endure anything; we can even find happiness amidst the desolation of a concentration camp. Without it, the smallest obstacles become unbearable burdens.

In fact, obstacles are essential for the growth of our humanity. “I consider it a dangerous misconception of mental hygiene, to assume that what man needs in the first place is equilibrium or, as it is called in biology, ‘homeostasis,’ i.e., a tensionless state,” he wrote. “What man actually needs is not a tensionless state but rather the striving and struggling for a worthwhile goal, a freely chosen task.”

Some editions of the book were titled, in English, “From Deathcamp to Existentialism”, which highlighted the philosophical underpinnings for Frankl’s novel approach to psychiatry. Man’s duty is to confront the challenge of each minute. At one point he makes the almost shocking assertion that we should abandon the academic quest for the “meaning of life”.

“We needed to stop asking about the meaning of life, and instead to think of ourselves as those who were being questioned by life—daily and hourly. Our answer must consist, not in talk and meditation, but in right action and in right conduct. Life ultimately means taking the responsibility to find the right answer to its problems and to fulfill the tasks which it constantly sets for each individual.”

The exhilarating corollary to this is that life can never be boring, that every moment has a kind of divine spark which lights the road ahead.

After World War II, Frankl’s life was dedicated to promoting logotherapy. He married again in 1947 and had one daughter. He wrote a number of books which were translated into a number of languages and received 29 honorary doctorates. He died in 1997.

If his star has faded in recent years, it is not because his message is no longer needed. Now, more than ever, people dread meaningless suffering. But with his own life Viktor Frankl showed that no moment of suffering lacks dignity and meaning.

This article has been republished from MercatorNet under a Creative Commons license.