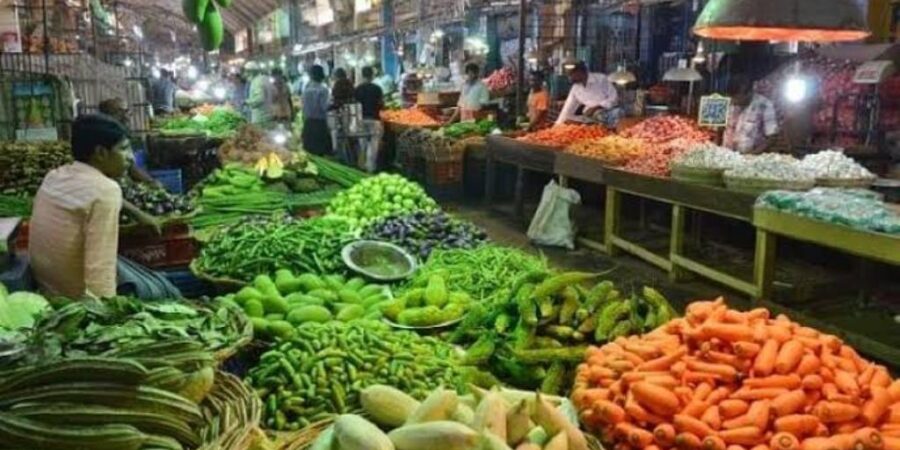 On MSP and Public Procurement

MSP in its original meaning implies government stepping in as a purchaser of farm-produce commodity when its marker prices start below a ‘minimum’ set level and hence to shore up the prices by increasing demand. It has however been assumed that Govt is bound to buy all such produce (23 commodities) and stock and distribute it. Nothing can be farther from the truth or good economics. It’s high time now that the farmers of this country are convinced to say goodbye to the bad era of restrictions, bans, MSP, FCI, APMC etc etc.

a) ‘MSP regime or MSP system’ to stay alive or stay in its place could be the demand of some trade union mind-set farmers. Many farmer organizations are against it.

b) MSP and Monopoly procurement schemes produced a two-tier system of prices in the market that causes many complications including corruption.

Procurements in very small quantities and that too by very small number of procurements centers, benefit very small numbers (not even 1%) of farmers. And there is no secret about the fact that 50% of the produce in quantity thus procured (on an average) belonged to the real producers. Rest 50% of the total quantity procured is sold to the agency on the fake/dummy names of the farmers by the nexus group of APMC actors, politicians, traders and the procurement agency itself or its employees.

c) The cost of production of commodities cannot be the same across states. The wheat from MP farmers has a higher cost of production than say Punjab-Haryana because of variable input costs and per hectare productivity. Hence the MP farmers will gain much less from MSP (procurement) than the farmers in the latter states. Also the Punjab Haryana paddy is costlier than in Bihar or Orissa if we consider environmental costs. So MSP discriminates between states and cannot be a just price.

The quality of commodities across states is variable, like the MP wheat is in far better demand in private markets than the other states. MSP cannot do justice to the quality grades.

MSP-procurement by FCI has damaged the true and long-term cause of Haryana Punjab farmers by eroding water tables, soil-health and fertilizer use. This is already unsustainable but farmers in these two states are blackmailed into produce the same crops despite invisible losses to their and the nation’s resources.

d) Processing industries do not have the choice to go for selected varieties. Industries have to process the mixtures of different varieties available in the market. Quality assessment with regards to varietal or variety-wise taste, digestibility, color, geographical influence etc have lost significance in the present ‘one size fits all’ system of pricing and processing.

e) Arranging/organizing for infrastructure and funds for procuring such a huge quantity of agricultural produce from all over the country (presently managed by a large number of private agencies) is impracticable and next to impossible a job for the government.

f) Imposing legal compulsion on private purchasers to purchase at minimum support price (even as or at the times when market prices prevail at below MSP levels) would be an immoral and undemocratic act. Making MSP a legal right is also a bad idea. Such attempts will destroy the whole market system of the nation.

g) Any attempt, executive, administrative or statutory to stabilize the prices of agri-commodity other than to ensure the openness of the market must have no place.e.g.: price stabilization fund scheme is also a sinister mechanism to lower prices of commodities in markets.

Late Sharad Joshi used to call APMCs as slaughterhouses of farmers, because of the unholy nexus of negative and anti-farmer elements and tendencies.

It is universally acknowledged that the prices of farm produce in India are not allowed to be decided by the forces of supply and demand. The policy of low-cost economy resulted in a situation where the agricultural prices do not cover even the cost of production, where there is no post-harvest link between the farm and the kitchen and the markets are dominated by a long chain of intermediaries.

The system of APMCs has done nothing to remedy this situation. It has failed to ensure systems of standardization grading weighment and timely payment. APMCs have perfected the art of looting farmers by diverse and devious practices that are well known across markets and can be listed as delays, cartelized manipulation, non-transparency, lack of facilities to farmers, outdated equipment, corruption and deceit of Govt through fake receipts and pocketing of cess collection, head loaders exploiting farmers and so on.

Hence, it was essential to curtail the APMC’s legal discretion of exercising its jurisdiction outside its market yards. The large variation across states in the scope and stringency of these APMC Acts has led to fragmented markets that have impeded the emergence of a single national market.

State Govts have been unable to stand and challenge the nexus in APMCs. New markets or Marketing Systems emerging outside the APMC shall remove such impediments and lacunas. Ridiculously, as of today, private players, where they operate, tend to look to the APMC markets to guide their own transaction prices outside the mandi. Hence APMCs have proved to be hurdles for growth of agri-markets and in turn harming the farmers of India. WE ASK for APMCs that can compete with parallel markets including futures trading.